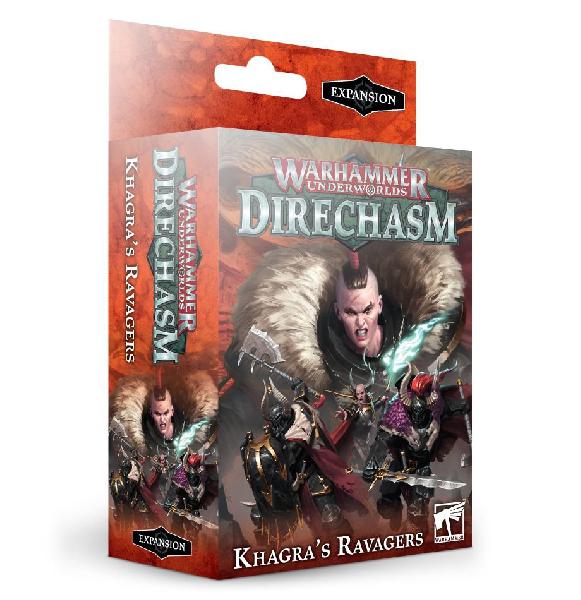 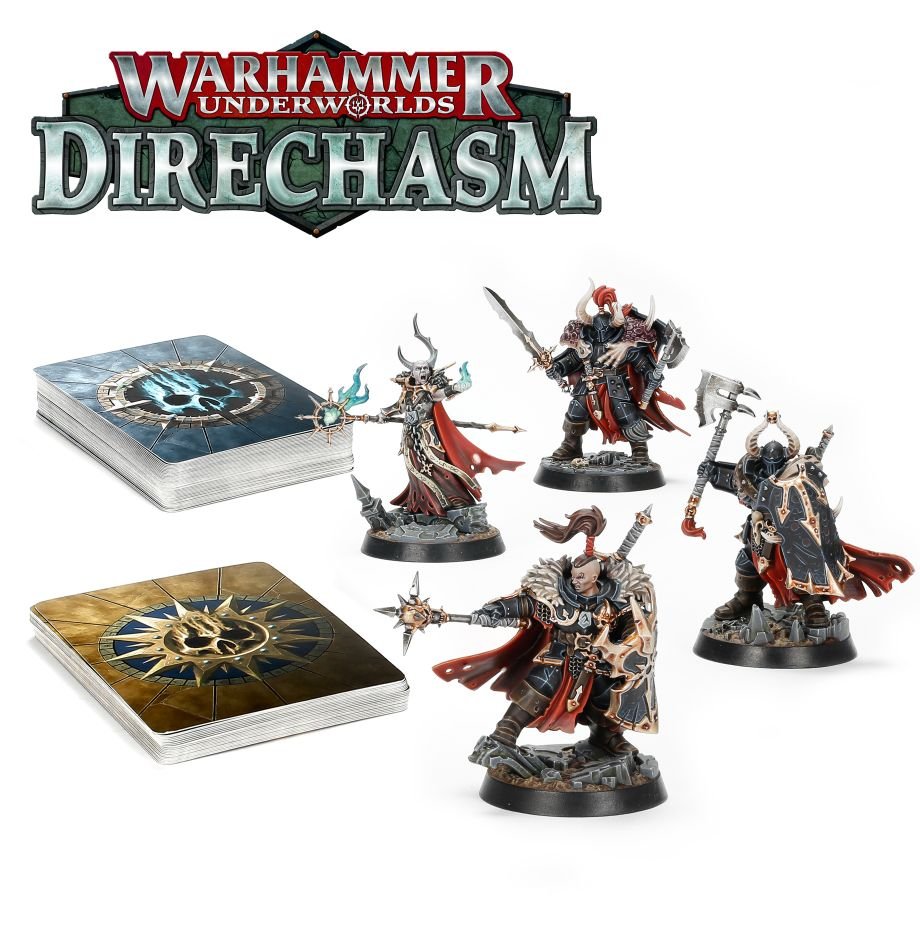 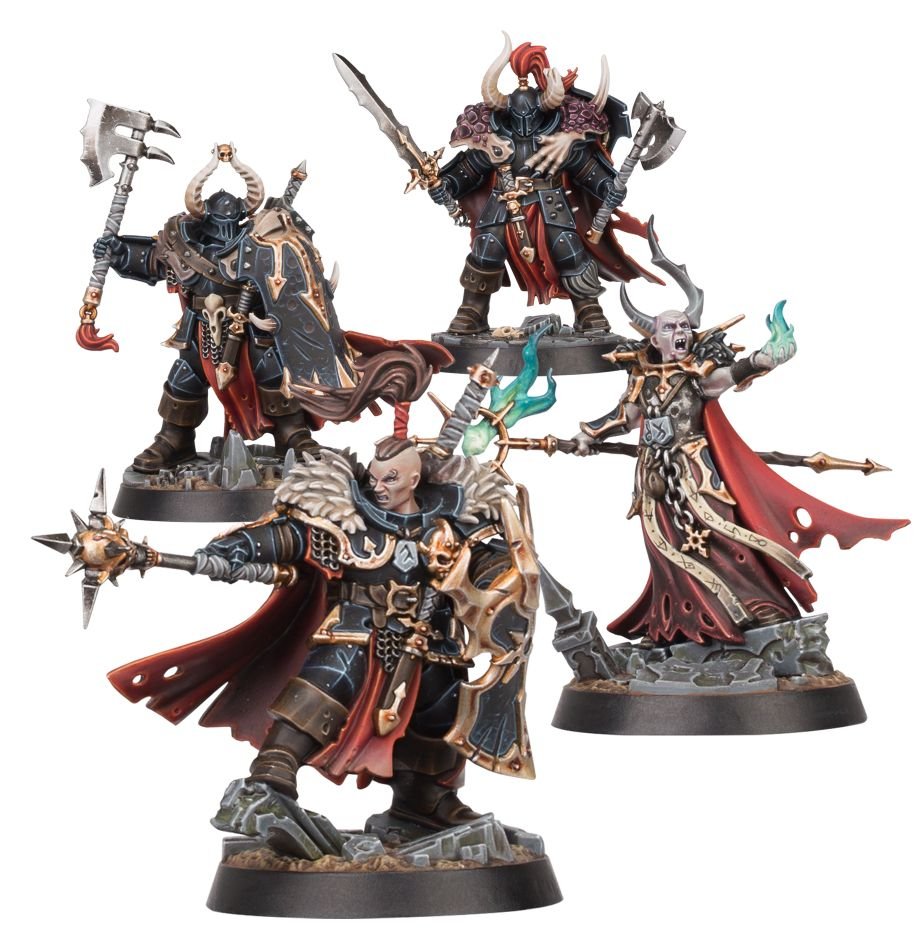 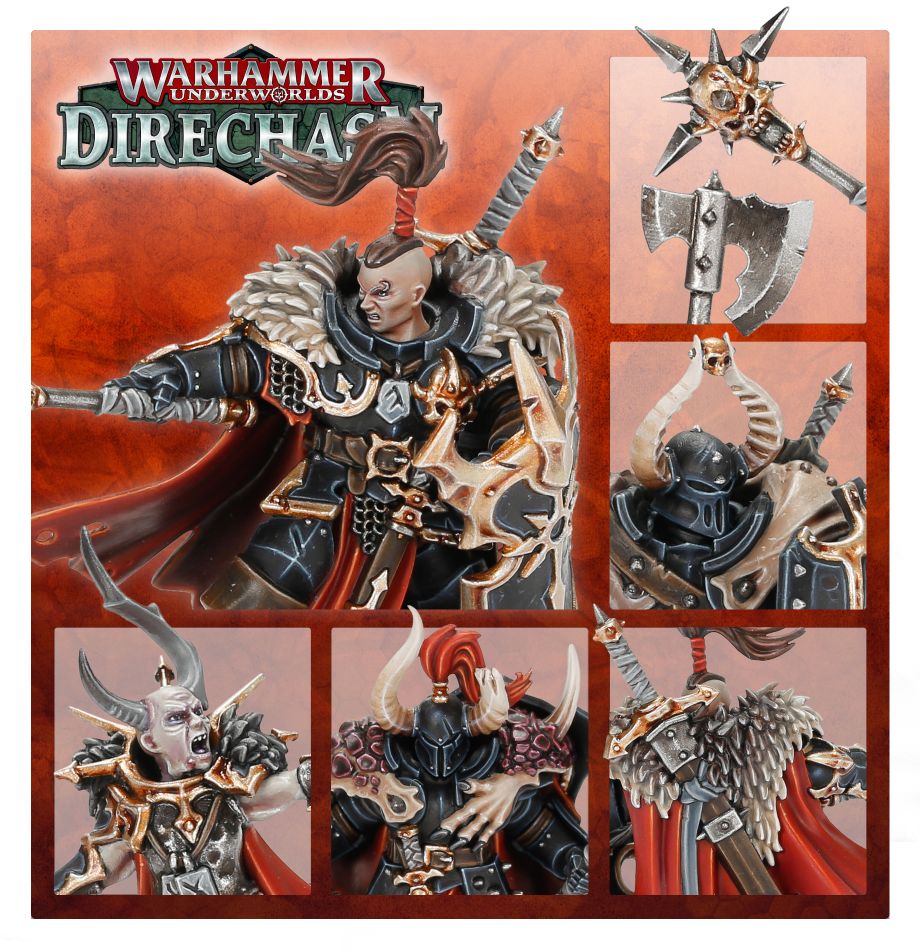 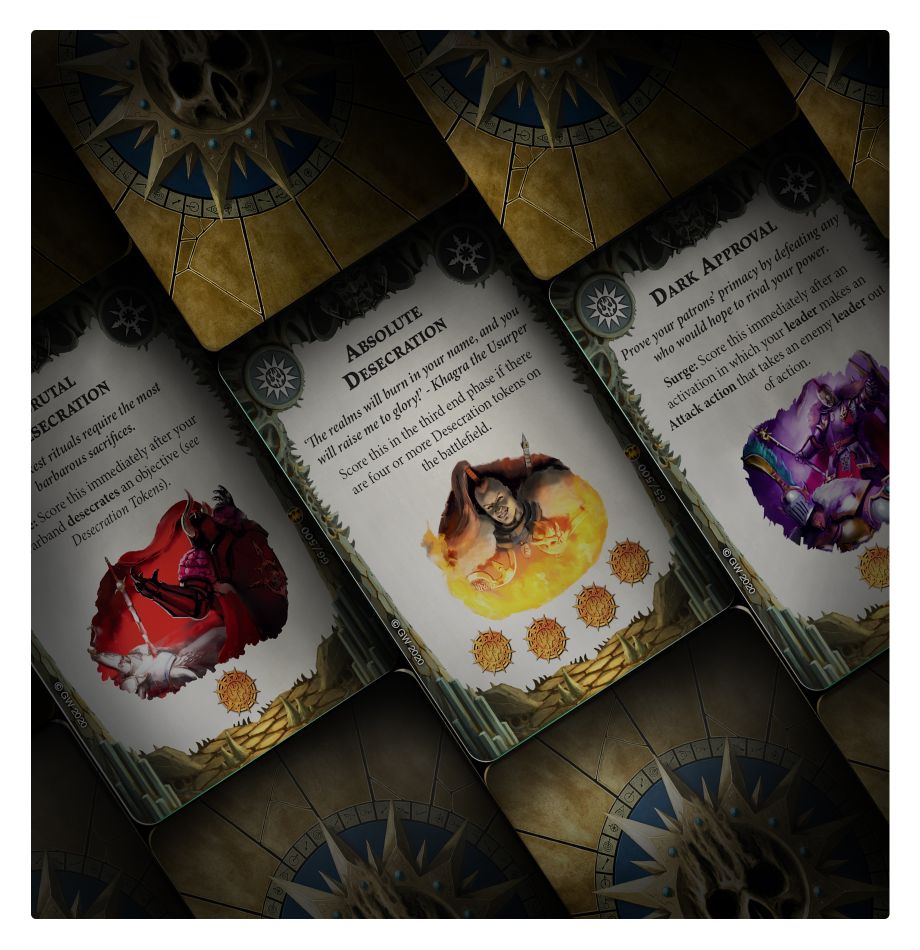 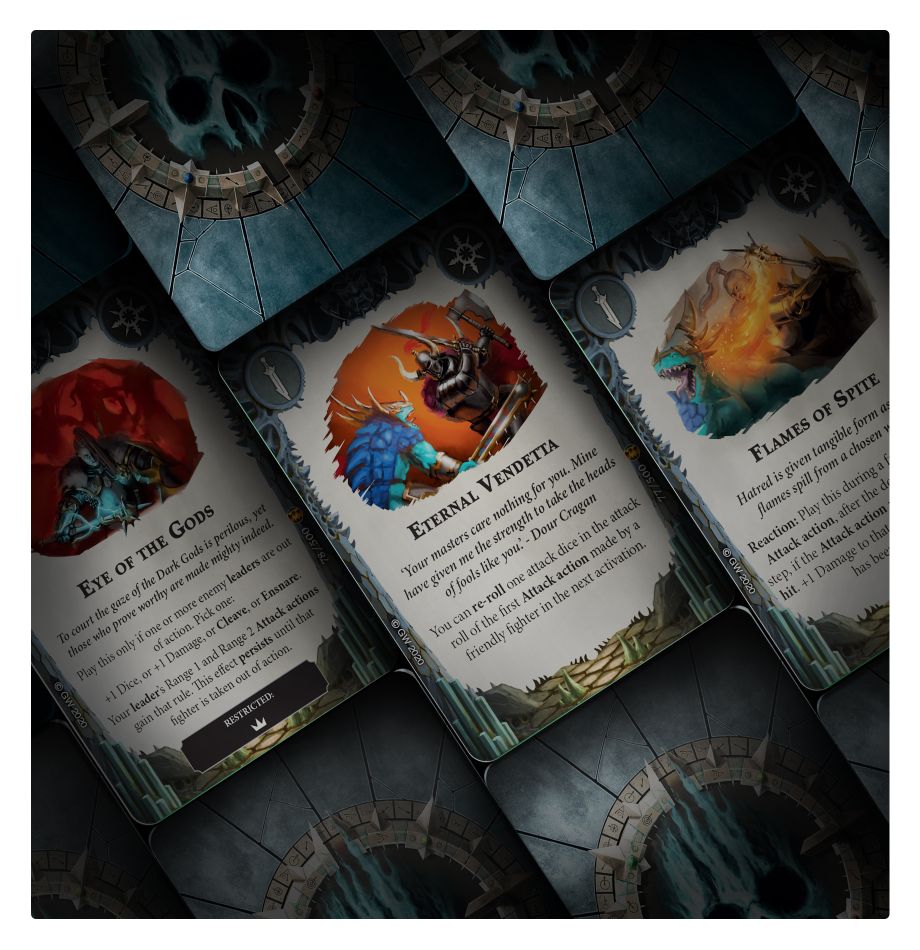 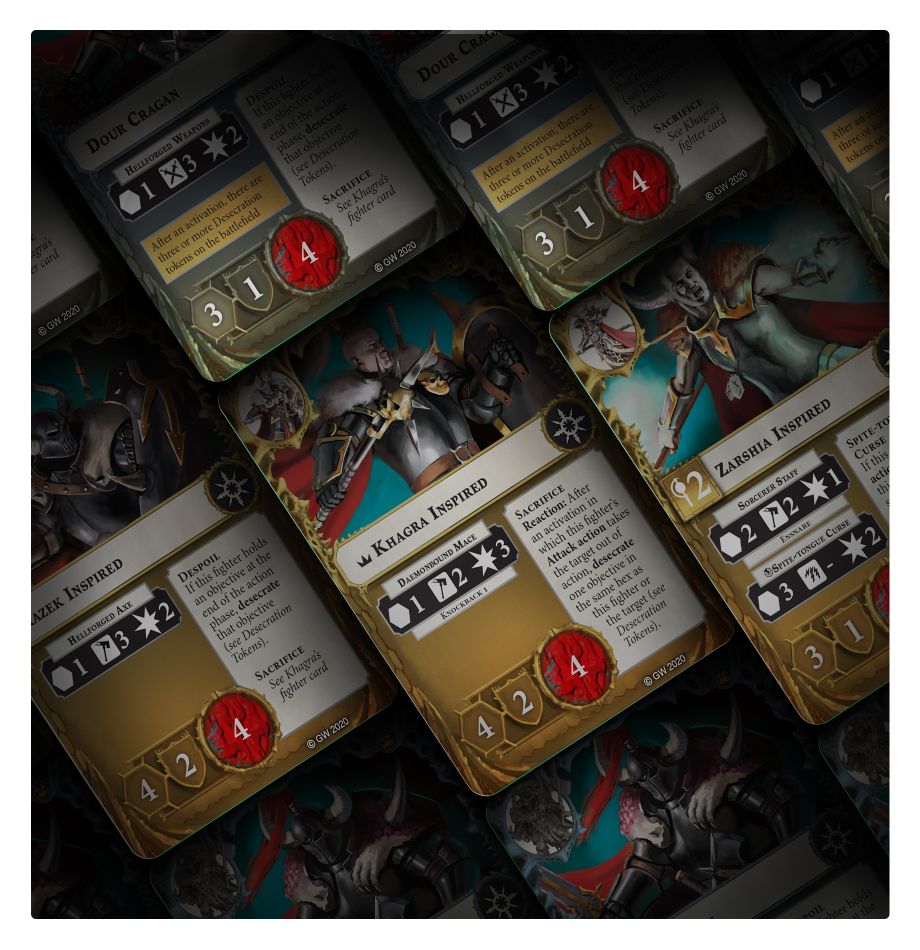 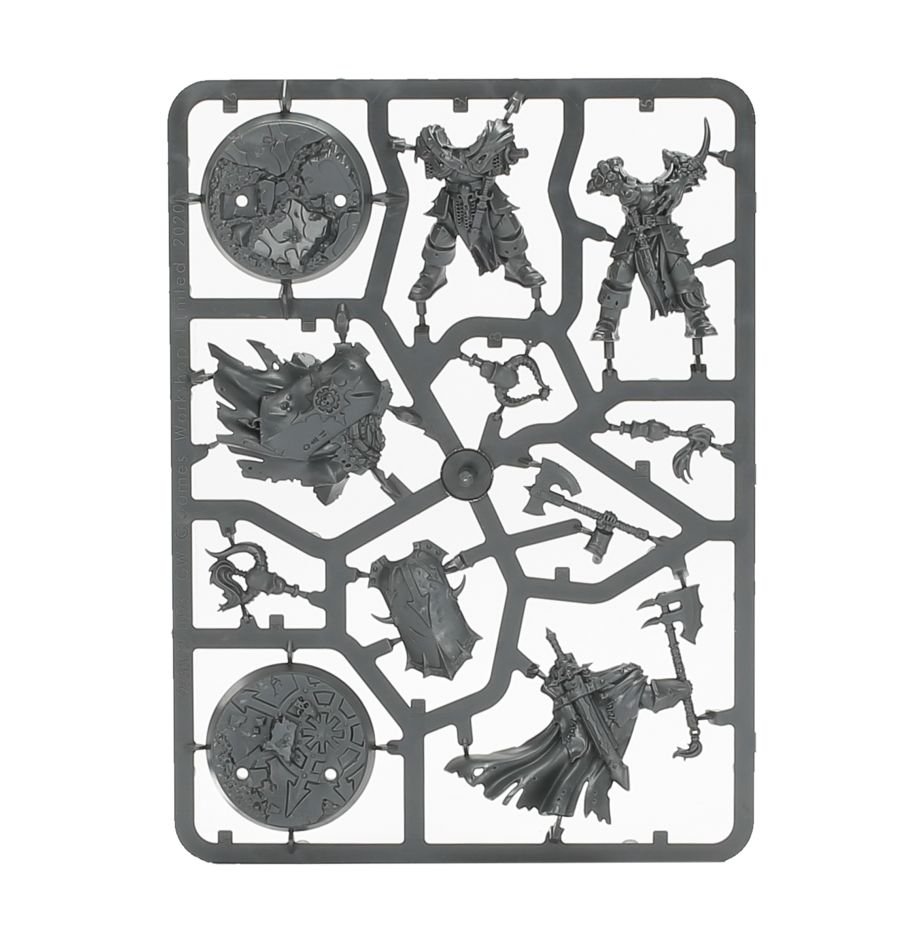 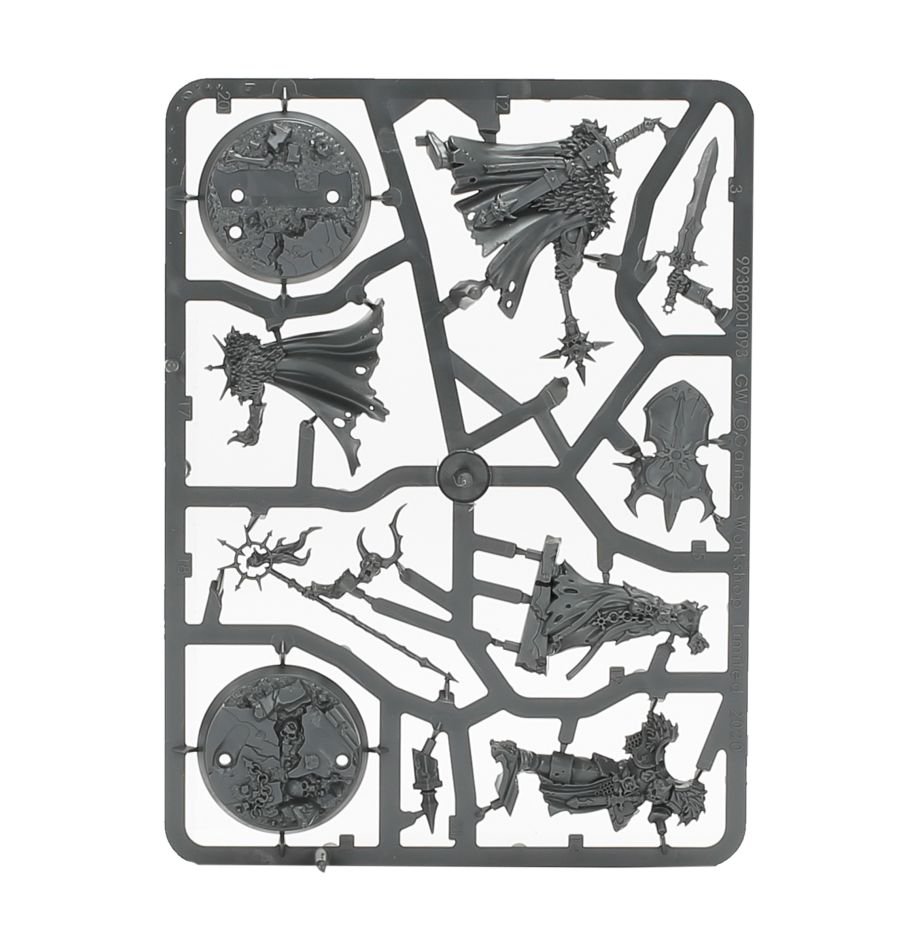 Games Workshop Direchasm: Khagras Ravagers
Khagra the Usurper and her band of Slaves to Darkness see Direchasm as the site of the culmination of their personal path to glory; a final proving ground where they will earn the attention of the Dark Gods. They mean to turn the mountain to the service of Chaos by desecrating its every chamber through dark sorcery and brutal sacrifice. It was Khagra’s sister Zarshia who led the warband into Beastgrave, but they soon became trapped in a gnashing chamber. Khagra wedged her shield between the cavern floor and the encroaching ceiling before carving a way out of the rocky gullet, and since then, the brutal warriors Cragan and Razek have turned to Khagra for direction. Zarshia has not abandoned her own ambitions, however, and is poised to overturn her upstart sibling when the opportunity arises.

Claim the living mountain in the name of the Dark Gods with Khagras Ravagers. Theyre tough, strong, and wield sorcerous power, giving you multiple ways to desecrate Direchasm. Speaking of which, their new Desecration mechanic can prevent opposing warbands from claiming objectives. This set also includes a number of Universal cards that can be used by any warband in Warhammer Underworlds and you can even add Khagras Ravagers to your Slaves to Darkness force in Warhammer Age of Sigmar.

Key Features
- Unleash the mortal followers of the Dark Gods upon Direchasm
- Contains 62 cards for your deck, including 30 universal cards
- Also playable in Warhammer Age of Sigmar thanks to a downloadable warscroll!