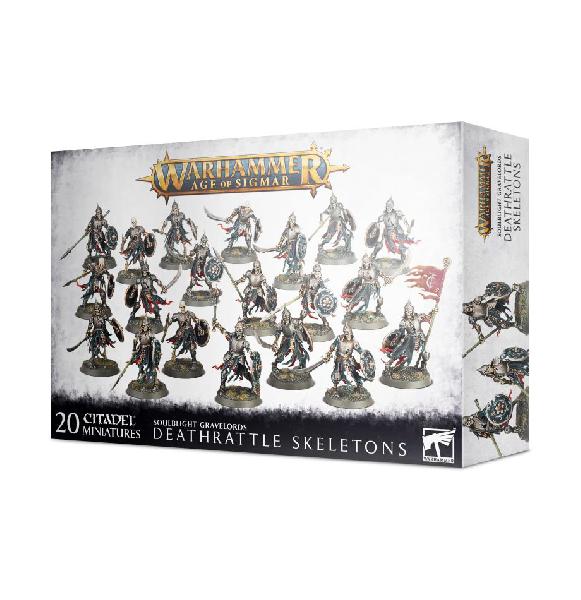 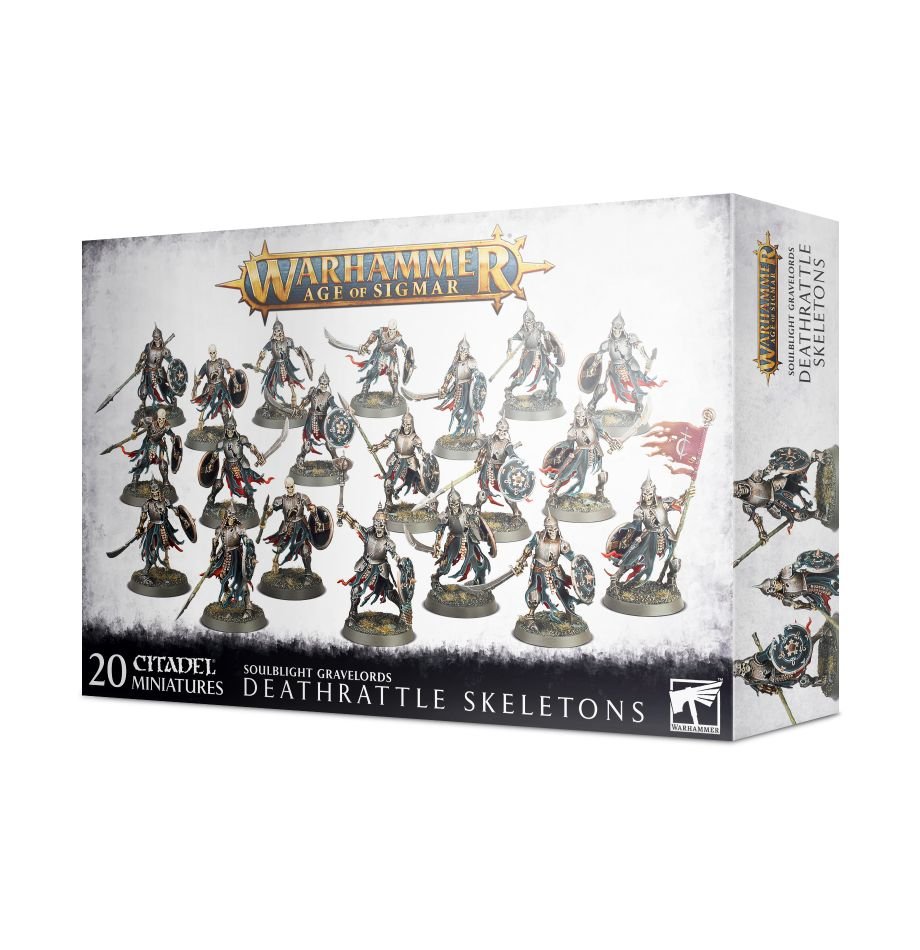 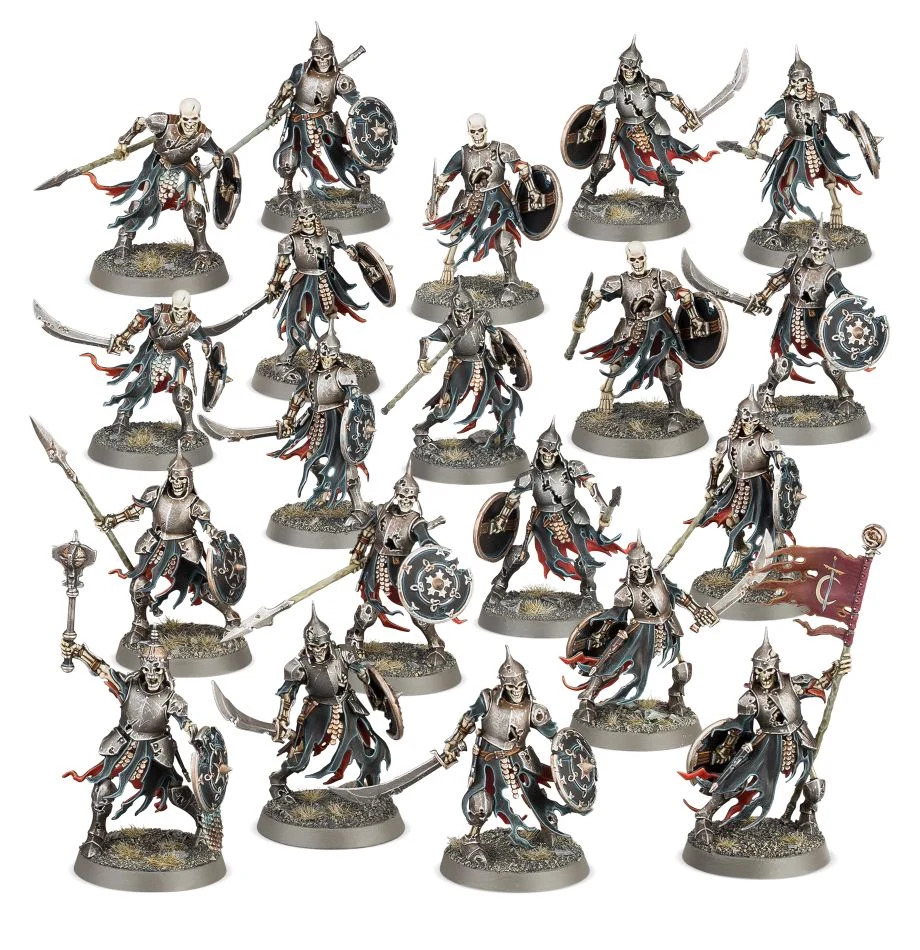 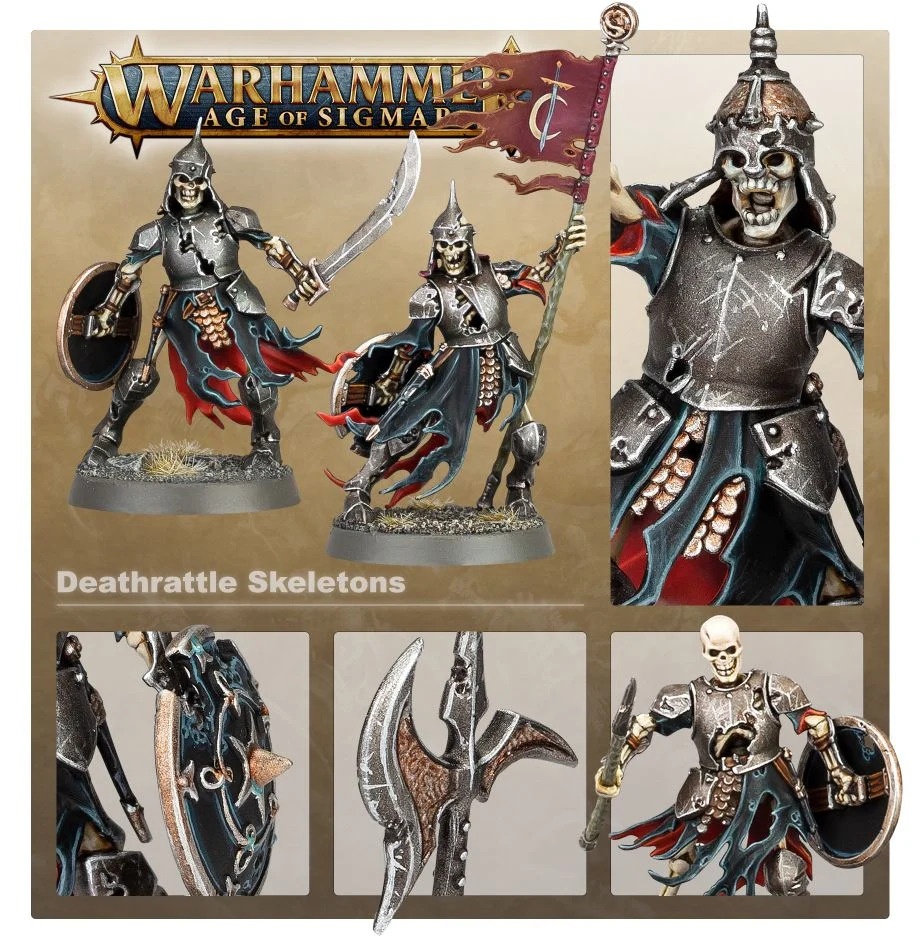 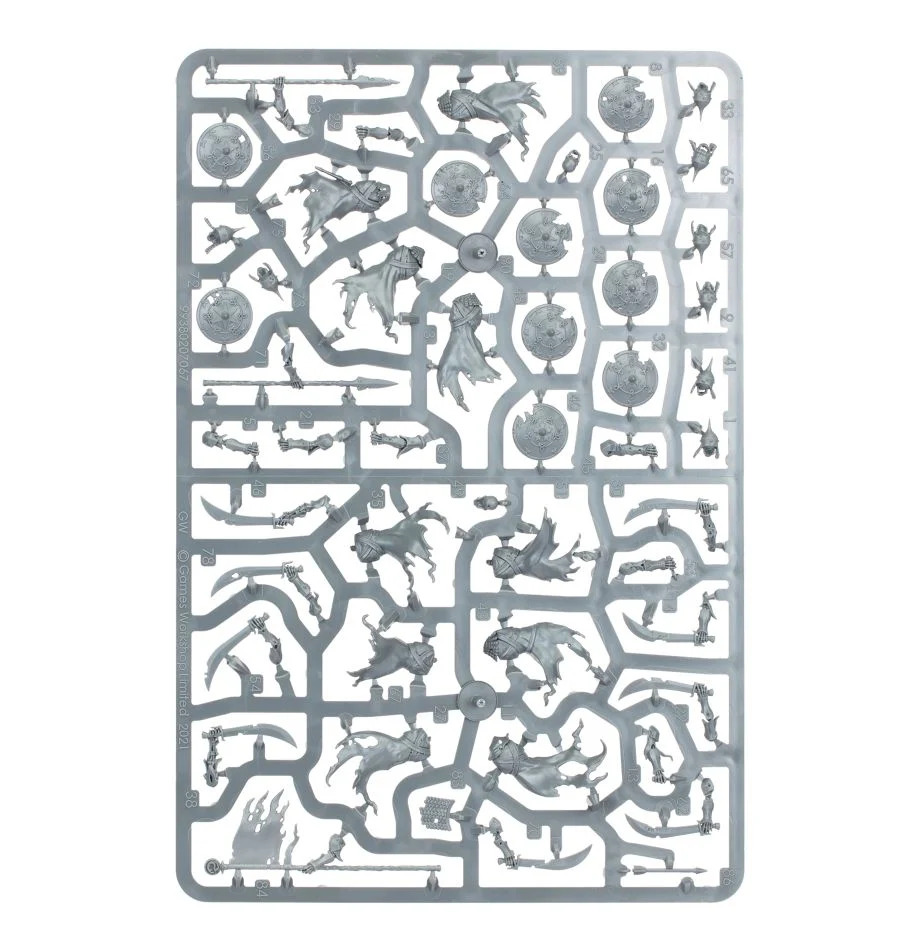 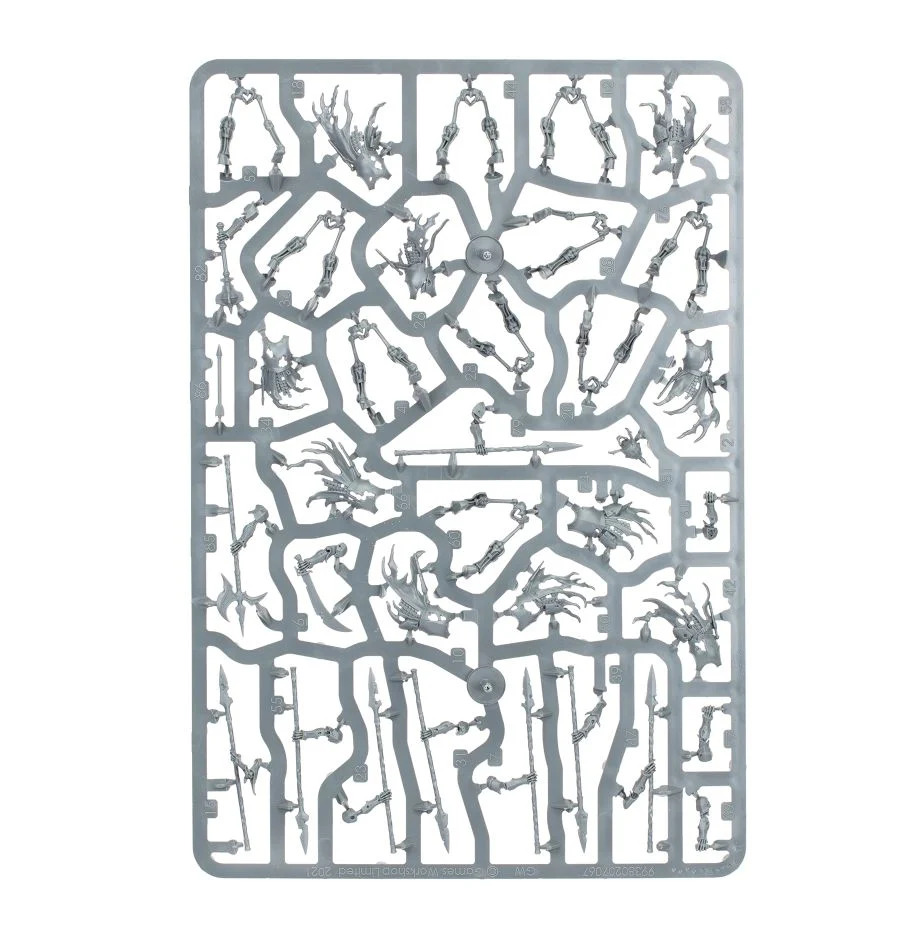 Bedecked in rusting weapons and wearing the fading scraps of once-proud armour, Deathrattle Skeletons are the unflinching core of many a Soulblight vampires army. Not only are they tireless, remorseless warriors, but also diligent workers in the fields of the Deathrattle Kingdoms, ruled over by Wight Kings as the shining ideal of Nagashs entropic necrotopia.

While not the greatest of soldiers individually, Deathrattle Skeletons advance across the battlefield in an unending tide of clanking bones and steel, and make up for their shortcomings with sheer numbers. Even those who think theyve struck down their grinning, soulless opponents find that the death-magics of Shyish cannot be denied, and the skeletons rise again for another go.

The kit is comprised of 170 plastic components, with which you can assemble 20 Deathrattle Skeletons fielded in one or two units. Each group of 10 contains options to assemble one Standard Bearer and one Skeleton Champion armed with a mace or halberd. These models are supplied with 20x Citadel 25mm Round Bases.